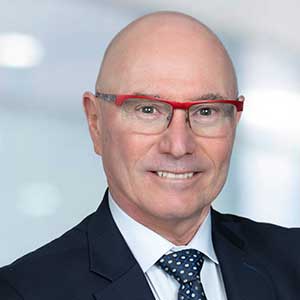 Dr. Buggy was with Pharmacyclics from 2006 to August 2013, where he was Vice President, Research from 2007 to August 2013, and served as project leader of the BTK inhibitor ibrutinib program. From 2001 to 2006, he was with Celera Genomics, where he served as Director in the Department of Biology, and, prior to that, Principal Scientist. Dr. Buggy earned a B.S. in microbiology from the University of Pittsburgh and a Ph.D. in molecular, cellular and development biology from Indiana University. 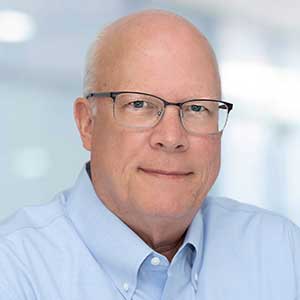 Before joining Corvus Pharmaceuticals in 2018, Debra Horen, was the Managing Partner of Next Path Consulting, where she led HR departments and Talent Management initiatives at Genoptix, Cleave Biosciences, Stanford University, Genentech, and others. Prior to her time at Next Path, Ms. Horen served in leadership roles at several companies, including Amylin Pharmaceuticals, a Bristol-Myers Squibb Company, and Biogen. Ms. Horen completed the Executive Program at the Stanford University School of Business and received an M.A. in Educational Technology from San Francisco State University.

Mr. Hunt served as General Counsel and Vice President of Corporate Development at CoMentis, a biotech company, from 2009 to 2016. Mr. Hunt also served as CEO of TelomeHealth and Vice President of Business Development at Zosanopharma. Mr. Hunt was an Associate General Counsel at Genentech. Prior to that, he held senior legal and transactional positions at Abgenix, Roche and Chiron. Mr. Hunt received a B.S in biology from the University of Colorado at Boulder and a J.D. from the Boalt Hall School of Law at the University of California, Berkeley. 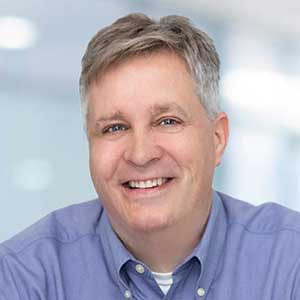 Dr. Jones was Director of Global Regulatory Affairs in Sanofi U.S.’s oncology business unit from December 2012 to December 2014. From 2008 to March 2012, he was Director of Project Management & Regulatory at Pharmacyclics, where he played a principal role in the development of ibrutinib. Prior to Pharmacyclics, he was Associate Director of Development at Plexxikon and Senior Project Manager at Vertex Pharmaceuticals. Dr. Jones earned a B.S. and a Ph.D. in chemistry from the University of Cincinnati and completed a post-doctoral fellowship at the University of Oxford. 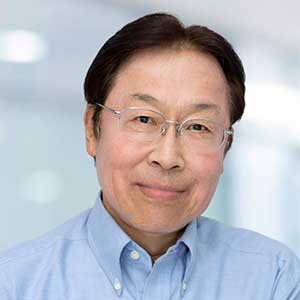 Dr. Kwei was Executive Director of Biostatistics at Pharmacyclics from November 2013 to July 2017. Prior to that, he served as the Site Head of Biometrics at AbbVie, Abbott Labs and PDL Biopharma before Abbott acquired the company. Prior to PDL Biopharma, he was the Executive Director of Biometrics at Tularik, then Amgen after Amgen’s acquisition of the company. From 1996 to 2001, he was with Roche, where he was the Site Head of Biometrics. Dr. Kwei earned a Ph.D. in biostatistics from the University of California, Berkeley. 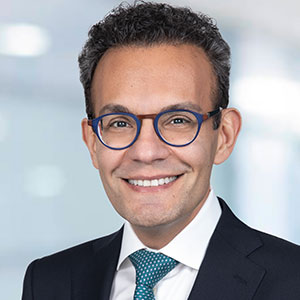 Dr. Mobasher joined Corvus in January 2019 from Genentech/ Roche where he worked from 2010 to 2018, most recently as a Group Medical Director and Development Lead for venetoclax. Dr. Mobasher steered the clinical development efforts for venetoclax through four successful Breakthrough Therapy designations from the FDA and three approvals granted under FDA’s priority review, two of which were under accelerated approval. He also was an adjunct clinical faculty member in the Division of Medical Oncology at Stanford University. Dr. Mobasher is the author of numerous papers published in peer-reviewed medical journals and multiple abstracts presented at medical conferences. Dr. Mobasher received an M.D. from Tehran University of Medical Sciences, and an M.P.H. in general epidemiology from the School of Public Health at the University of Michigan. He completed an internship and residency in internal medicine at the University of California, Irvine, and post-doctoral fellowships in hematology and medical oncology at Stanford University. 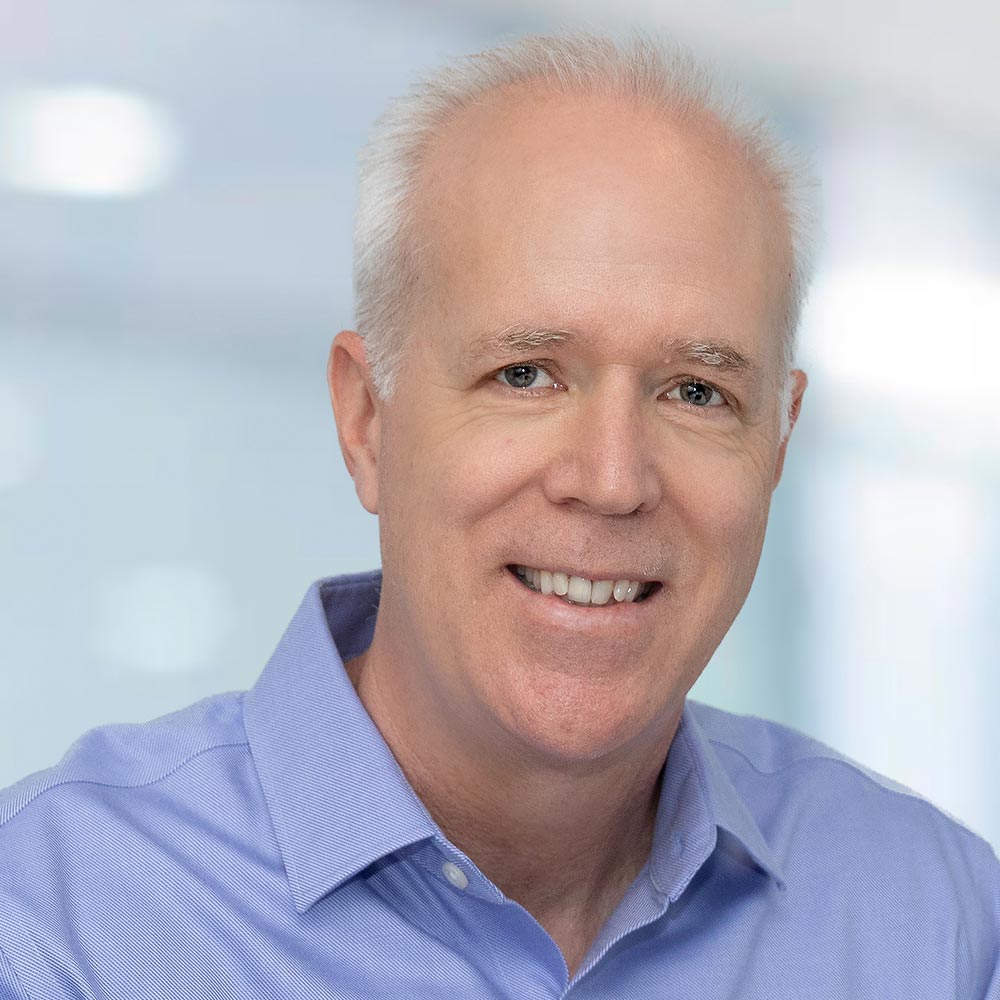 Dr. Verner served as Director of Chemistry at Principia Biopharma from March 2011 to December 2014. Prior to that, he was with Pharmacyclics, where he served as Director of Chemistry from 2008 to February 2011 and principal scientist from 2006 to 2008. At Pharmacyclics, Dr. Verner was a co-inventor of ibrutinib and served as the lead chemist on the program. From 1996 to 2006, he served as a principal scientist at Axys Pharmaceuticals (formerly Arris Pharmaceuticals) and Celera Corporation, a subsidiary of Axys Pharmaceuticals. Dr. Verner earned a B.S. in chemistry from the University of Idaho and a Ph.D. in organic chemistry from the University of Pittsburgh.

Mr. Clark has more than 34 years of experience in the biotechnology and pharmaceutical industry, most recently serving as CEO and member of the board of directors for Genentech, until his retirement in 2016.

During his seven-year tenure as CEO, Ian and his team brought eleven new medicines to market for patients fighting rheumatoid arthritis, idiopathic pulmonary fibrosis and various types of cancer. Ian was among the highest rated CEOs by Glassdoor, recognized as the Bay Area’s most admired CEO by the San Francisco Business Times and awarded the Honorable Mentor of the Year by the Heath Business Woman's Association.

Currently, Ian is on the board of directors for Takeda, Agios Pharmaceuticals, Guardant Health, Forty Seven, Avrobio. He is an Operating Partner of Blackstone Life Sciences.  He is also on the BioFulcrum Board of the Gladsone Institute.

Ian previously served on the Boards of Shire, Kite Pharma, Dendreon, Solazyme and Vernalis. He was also on the Board of Biotechnology Industry Association and on the Economic Advisory Council of the 12th District of the Federal Reserve.

Ian received his bachelor of science in Biological Sciences and an Honorary Doctorate of Science from Southampton University in the United Kingdom.

Dr. Grais was president and chief executive officer of Ocera Therapeutics, Inc., a biopharma company developing new treatments for serious liver disease, until its acquisition by Mallinckrodt. Prior to that, she was a partner at InterWest Partners, a venture capital firm focused on biotechnology and medical device companies. Previously, Dr. Grais was a founder and executive vice president of Structural GenomiX, Inc., a drug discovery company focusing on new treatments for cancer that was acquired by Eli Lilly & Co. Earlier in her career, she was a corporate attorney at Wilson Sonsini Goodrich & Rosati, where she represented life science companies in venture financings, public offerings and strategic partnerships. Before practicing law, Dr. Grais worked as an assistant professor in the Department of Internal Medicine at the University of California, San Francisco. Dr. Grais currently serves on the board of directors of PRA Health Sciences, a large contract research organization, and serves on its Audit Committee. She also is on the board of directors of ARCA biopharma and Zosano Pharma. Dr. Grais received a B.A. in philosophy from Yale University, an M.D. from Yale Medical School, and a J.D. from Stanford Law School.

Mr. Gould is a Partner and Head of Venture/Growth Equity Investments with Adam Street Partners. He invests in venture and growth-oriented companies with a focus on the healthcare space. Mr. Gould also sits on the board of directors of OncoMed Pharmaceuticals, Inc., LifeBond, Ltd. and Orbus Therapeutics, Inc. He is a former board member at Naurex, Inc. (acquired by Allergan plc), INC Research, Inc., Incline Therapeutics, Inc. (acquired by the Medicines Company) and Proteus Biomedical, Inc. Mr. Gould is also a member of the Adams Street Executive and Direct Investment Committees.

Mr. Krognes is Chief Financial Officer of Denali Therapeutics Inc., a biotechnology company. He served as Senior Vice President and Chief Financial Officer at Genentech, Inc., and Head of Mergers & Acquisitions at Roche Holding AG. Mr. Krognes is also a member of the board of directors of Gritstone Oncology, a public biotechnology company, the California Academy of Sciences, a scientific and educational institution, and was previously a member of the board of directors and board executive committee of the California Life Sciences Association, an industry organization. Mr. Krognes received a B.S. in economics from the Wharton School of the University of Pennsylvania and an M.B.A. from Harvard Business School.

Dr. Miller was co-founder and CEO of Pharmacyclics, where he led the initial discovery and development efforts for ibrutinib. Prior to that, he was a co-founder, Vice President and Director of IDEC (which merged to form Biogen IDEC, now Biogen), where he led research efforts on lymphoma culminating in the development of rituximab. He has also founded other private and public biotech companies. Dr. Miller received an M.D. from the State University of New York Medical School. He is a board-certified oncologist and is currently Adjunct Clinical Professor of Medicine (oncology) at Stanford University Medical Center.

Dr. Thompson is currently a Private Equity Partner with OrbiMed Advisors and has over 20 years of industry experience. He co-founded and was CEO of Trubion Pharmaceuticals, co-founded Cleave BioSciences, and serves as a director on the boards of several public and private companies. He previously held executive positions at Chiron Corporation and Becton Dickinson. Dr. Thompson is an Ernst & Young Entrepreneur of the Year awardee, an Affiliate Professor of Neurosurgery at the University of Washington, an inventor on numerous patents, and a board-certified internist and oncologist.

Contribute your talent, expertise and desire to learn here at Corvus, where you can help improve the lives of people with cancer